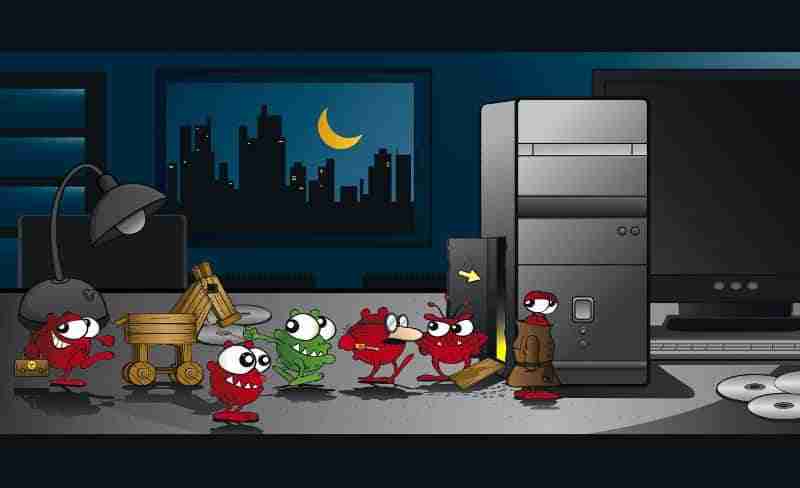 Malware comes in many shapes and forms today, and all of them have the ability to harm your businesses computers and networks in some way. It’s not just large companies that are the targets of hackers. A 2019 Verizon report uncovered that small businesses were the victims in 43 percent of data breaches over the prior year.

Protecting your business from cybercriminals requires knowledge about the threats you may face. Once you know what you may be up against, you can get your defenses in place as soon as possible.

While a computer virus is what most people call every malware program these days, most malware programs are not viruses. A true virus changes legitimate files so that when you execute one of those files, the virus comes along for the ride.

Since they infect other files, they’re quite difficult to clean up, and most antivirus programs today will simply delete or quarantine the infected file. This may leave you with lost data and software that no longer works properly because it is essentially missing a piece. 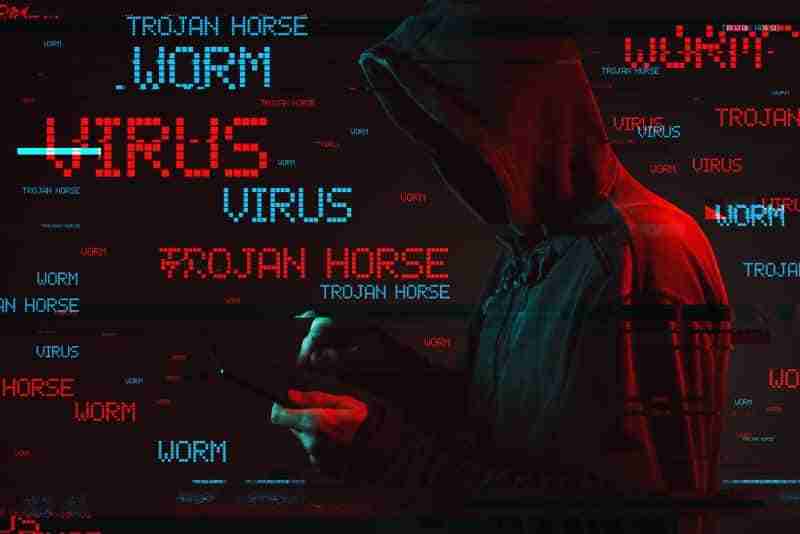 Worms predate computer viruses, and they began to proliferate via email back in the late 1990s. Just one person opening an email with a worm could infect the entire company.

A worm is self-replicating and doesn’t need a person to take an action to keep spreading it, which makes this type of malware particularly effective. One infamous example, the iloveyou worm, hit several companies, including AT&T and Ford Motor Company, the latter of which was hit so hard that they had to shut down their email system.

Now a more popular choice among many hackers than worms, a Trojan horse passes itself off as a legitimate program but contains malicious instructions. While Trojans have been around for a long time, they tend to take hold of computers more often than many other malware forms.

Unlike worms, a person has to execute the Trojan for it to do its work. These programs often come in email or get to users when they are visiting an infected website. One popular example is a fake antivirus program, which appears as a popup warning that the computer is infected. Once a person clicks on the message, the Trojan takes root into the computer.

Trojan horses attacks have occurred many times over the years. In 2005, the Trojan.Mdropper.B targeted businesses and even government agencies in the US and the UK.

A lot of malware today is a combined product of traditional malicious programs, such as worms and Trojan horses, and sometimes a virus. The malware program may appear as a Trojan to a user, but it attacks other users over the network once executed, which is similar to how a worm operates.

“Stealth” programs or “rootkits” try to change the operating system on an infected computer to take over and prevent removal by any installed anti-malware programs. These programs hide in files, processes and other sections of the computer, making them tough to remove.

These types of programs target different things and evolve over time. One newer rootkit, Scranos, steals the passwords and stored payment methods out of a victim’s computer browser. Zacinlo, which first appeared in 2012, can now bypass the security features in Windows 10. Proper firewalls for your business can help mitigate these attack vectors

The Bots Have It

Another type of Trojan-worm combination, bots try to make individually exploited software or hardware clients to create a bigger malicious network. The criminal controlling the bots can use the access to their advantage and even rent it out to others.

The Rise of Ransomware 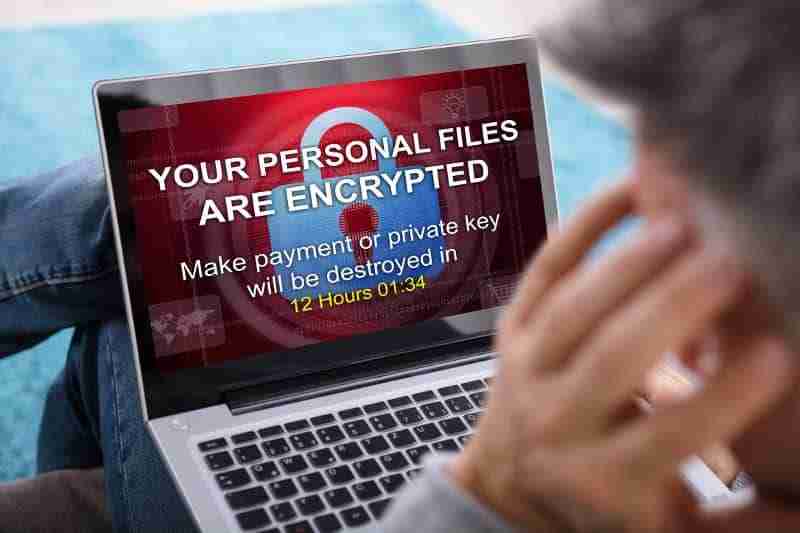 Over the last few years, ransomware has caused major losses to businesses, police departments, hospitals and even cities across the country. Most of these programs, which find and encrypt user files and hold them for financial ransom, are a type of Trojan.

Many ransomware attacks continue to make the news. Pharmaceutical giant ExecuPharm has their servers encrypted and corporate and employee data in such an attack. In 2018, the City of Atlanta experienced a ransomware attack. Clean up for the city afterward totaled over $7 million.

While not quite its own category of malware, there are some malware programs that don’t use files or the file system directly. Instead, this type of malware exploits and spreads in the memory or other non-file parts of the computer, such as registry keys. This type of malware is more difficult to detect and remove because of the lack of file involvement.

The sole purpose of adware is to exposed the user to advertising they do not want to see and may be malicious. One common example is adware that redirects a person’s browser search to a look-a-like webpage that is full of product promos.

While not as serious as some other kinds of malware, adware can slow down systems and make it difficult or even impossible for a user to do anything on the infected computer.

The Age of Malvertising

In malvertising, legitimate ads or ad networks act as a way to deliver malware to a person’s computer. A cybercriminal may pay to put an ad on a real website, but when someone clicks on that ad, the code in it takes them to a malicious website or installs malware onto their computer.

Cybercriminals have compromised legitimate ad networks in the past, including major websites such as Spotify, the London Stock Exchange and The New York Times.

A criminal can use spyware to record the keystrokes of users on the infected machine and gain access to intellectual property and passwords. The attacker uses the stolen data or sells it to other cybercriminals. While not as difficult to remove as some other forms of malware, a spyware infection does point to a vulnerability in the user’s computer.

Last year, researchers discovered spyware in the popular WhatsApp. Just a call to a person with WhatsApp installed on their phone allowed the attacker to install the spyware, and they could then access all the data stored on the device, along with its camera and microphone.

What is especially alarming about this attack is that it did not require any action on the victim’s part. Even if they did not answer, the spyware was still installed by the simple act of making the call.

A bug is not something that may come to your mind when you think of malware, but software flaws can cause serious problems when they impact security. A security bug could allow an attack to go right by user authentication, steal data and override set access privileges.

One famous example is the Heartbleed bug, which was found by researchers in the popular web encryption software OpenSSL. It allowed hackers to insert malicious messages into the communication between a user and a server and receive the “keys” to the data stored on the server.

Mobile device attacks have skyrocketed. Given the rise in mobile users, it’s only likely to get worse. Mobile malware takes many of the same forms as desktop threats, including ransomware and Trojans. They infect phones via malicious downloads and phishing.

As more people use mobile phones for work, mobile malware is posing an increasing threat to businesses everywhere.

Keep Malware Out of Your Organization

Cyber attacks pose risks to businesses of all sizes, but they have proven particularly costly for small businesses. A cyber attack costs a business around $200,000 on average, per CNBC, and 60 percent shut their doors within six months of an attack.

There are many best practices that your organization can use to help prevent malware infections and protect itself from the damage an attack will inflict.

Cyber threats to small businesses are an ongoing issue and not something you can handle once by just installing some security software. As malware evolves, so does the need for live, active and ongoing security to combat it.

Just one attack has the potential to cost your business money, time and customers. Work with an experienced managed IT service provider like Fastech Solutions to ensure your data and your business is safe from cybercriminals.

Network Security Basics: How To Secure Your Small Business Network
How Physical Security Can Help Prevent Data Breaches
Bring Your Own Device Policy - Risks and Benefits
How Your Business Can Manage IT Costs
My Internet Is TOO SLOW! 5 Common Issues to Fix Slow Internet Speed
Why Your Business Needs A VPN
Categories